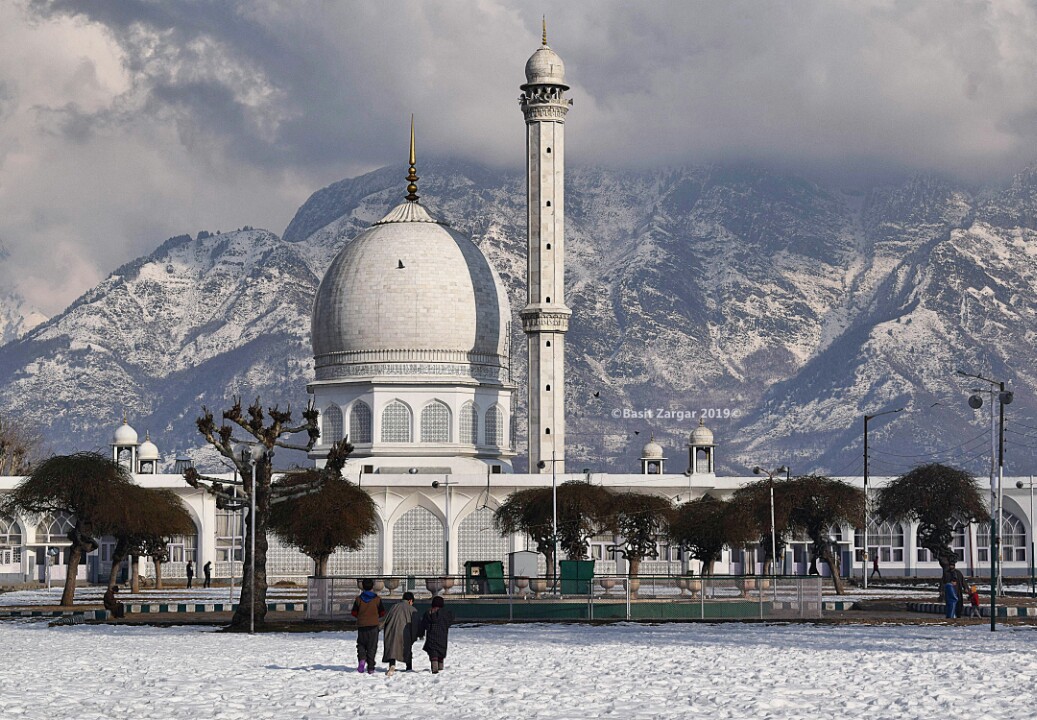 In medieval Kashmir, Sufis exercised greater influence on the social, religious and cultural life than the orthodox scholars. Being the embodiment of compassion, they emphasized people to be compassionate which popularised their teachings, Syed Mustafa writes.

The word ‘Sufi’ is derived from ‘Safa’ (pure) because of the purity of their hearts. Some say that it is derived from ‘Suf’(wool) because of the coarse woollen garments they choose to wear. Some trace the origin of the word ‘Suffa’ from the low clay built verandah attached to the mosque of Prophet Muhammad (PBUH) in Madina where some of the poorest among his devoted followers used to sit. A derivation from the Arabic verb ‘Safwe’, meaning those who are selected, is another possibility. Eventually, the word comes to be identified with seekers of spiritual enlightenment.

The emergence of Sufis as a group of people with a set of identity probably did not happen until two hundred years after the death of the Prophet Muhammad (PBUH). This movement came as a reaction against the degeneration that had taken place amongst the Muslims. The years that followed the passing of the Prophet Muhammad (PBUH) were to see a weakening of his teachings. Islam became the basis of an empire and its teachings passed into the hands of worldly men, who sought temporal power rather than spiritual. Men of heart had the option either to rebel against the leadership, which was corrupt and bereft of spiritual guidance. So, the more the world of Islam grew in power and wealth, the more spirituality was embraced by the people to redress the imbalance of the world. It can be understood in another way to find the inner and outer balance, which often become the target of the worldly charms.

“Syed Ali Hamdani (RA) was once so angry with a drunkard that he hit him on the head with a stick which caused his death.”

The Sufi men typically adhered to the Shari’a but they also stressed the inner realisation of the divine presence, the practice of moral and physical disciplines, and the need to submit to the authority of charismatic chains of the saintly authority. They served the rulers, yet to a varying degree, and sought to present themselves as distant from the corruption of the worldly rule.

The founders of the most important Sufi lineages – Chisti, Suharwadi, Qadiri, and Naqshbandi, were of Central and West Asian origin, but they flourished in the subcontinent.

The ultimate awakening of a Sufi was considered to be the gift of Allah. The Sufi orders were to perform a major role, not only in the spiritual development of individual seekers but also in the regeneration of the Muslim world, when it was devastated by the Mongols in the thirteenth century. They carried the peaceful message of Islam to distant lands. It is the work of the Sufis that Islam is alive in the subcontinent. They gave every comfort to humanity. In Kashmir, they also left a permanent mark.

The Sufis with their Murids(disciples) were an important group in medieval Kashmir, particularly during the reign of the Sultans(1339-1586). They exercised greater influence on the social, religious and cultural life than Ulama, the religious scholars. The Sufis were respected by one and all. They, being the men of learning and piety, were given the respect that they were entitled to. Moreover, they occupied important positions because it was believed that they possessed miraculous powers. They led a life of simplicity and hated the lavish lifestyle. But they didn’t abandon the ephemeral world,  to live in isolation. They used to help people in their day to day lives. Most of the Sufis were married. They had wives, children and took an active interest in the affairs of the community.

Mir Sayyid Ali Hamdani said the Muslims should limit their desires according to the dictates of religion, but they should not annihilate them like the Hindu Sadhus or Muslim Faqirs. He was against the practice of crippling one’s hands or feet. He also was against the practice of unnecessarily inflicting bodily sufferings upon oneself. He was of the opinion that a person should adopt a moderate path.

The Sufi lived in the Khanqah (abode of a Sufi or where he used to meet his disciples and the common people). The Khanqah was built for him by the princes and the nobles in order to gain mystic experience. The princes and the nobles used to flock after him in order to know the reality of worldly matters. They wanted to see over the process of materialism. There was a simple ceremony where a disciple pledged to become the follower of Pir or Sufi. After this, he lived in close proximity with his Pir until he reached the higher stages of initiation when he might go out to teach his master’s way (tariqa) and make new disciples. When the Pir died, he was succeeded by a Khalifa or vicegerent who stood high among the disciples for his moral, intellectual and spiritual qualities. Sometimes the hereditary principle was followed in making these appointments

There were six main Sufi orders in medieval Kashmir. These were Qadiriya, Suharwardiya, Kubraviya, Naqashbandiya, Nurbakhiya and Rishi. The first five were introduced from Persia and Turkistan, but the order of the Rishis was of indigenous origin. It was founded by Sheikh Noorud-Din (RA), who was born in the village of Kaimuh, three kilometres West of Bijbehara, in 1377. Although he was an orthodox Muslim, he was much influenced by the ascetic looks of the Hindu priests. Unlike Sayyid Hamdani, he renounced the world and confined himself to caves for meditation and prayer. He renounced worldly pleasures, left his wife and children, and gave up taking meat. In his last days, he at first subsisted only on one cup of milk daily, but towards the end, he took nothing else except water and died at the age of 63 in 1438.

The Sufis played an important role in spreading Islam in Kashmir. Furthermore, since in Sufism there was a marked tendency towards social equality, the Sufis acted as a bridge between the rich and the poor. The Zikr or recitation in the groups possessed not merely a devotional aspect, but also served a social purpose, for on these occasions different classes of people gathered and all differences of wealth and poverty were forgotten. The Sufis were against oppression and injustice. Sheikh Noorud-Din (RA), for example, took an officer to task for oppressing the peasants of a village. Similarly, Syed Ali Hamdani never ceased exhorting the rulers to rule with justice and mildness. The just ruler, according to him, would be nearest to God on the Day of Judgement, while the severest punishment would be inflicted on the tyrant.

They were also social reformers. Under the influence of one of the Sufis, Sultan Sikandar banned all intoxicants, sati and other evil practices. Makhdum Hamza called upon the people to lead a virtuous life, pay the religious taxes and acquire knowledge. He was once so angry with a drunkard that he hit him on the head with a stick which caused his death.

The Sufis provided the base for the total change of lives in Kashmir. They, being the embodiment of compassion, emphasized people to be compassionate. It was their hard work that proved worthwhile.