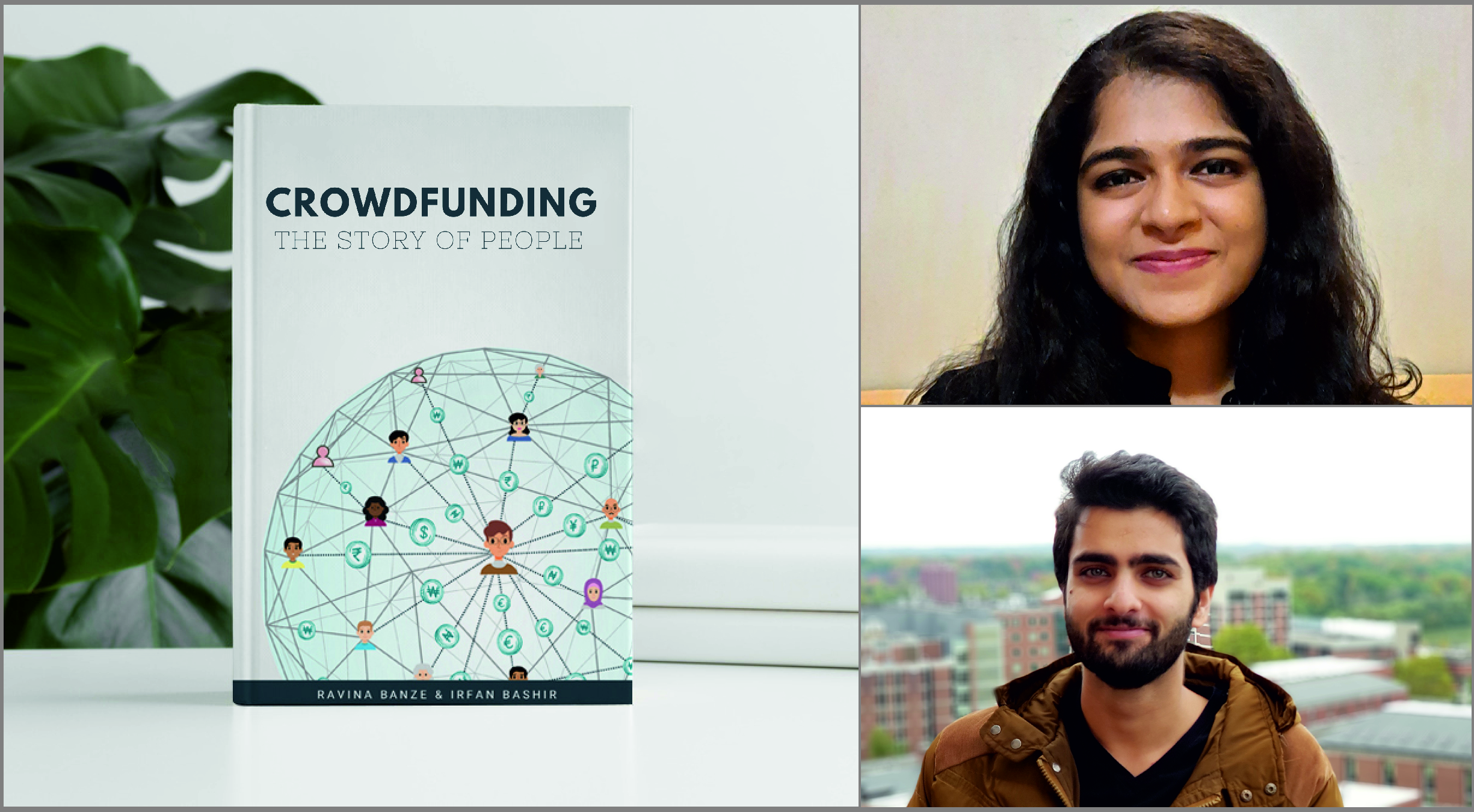 Irfan Bashir, a local boy from Kashmir, has written India’s first book on the social impact of crowdfunding. Irfan has written the book with Ravina Banze, who is from Mumbai. The book named ‘Crowdfunding: The Story of people’ explores the world of crowdfunding by putting the primary focus on the people. The authors have used a data-driven storytelling approach to capture the impact and potential of crowdfunding in India and the rest of the world.

Irfan said that they contacted both national and international crowdfunding platforms to get data from them and write the book. “To write this book, we analyzed hundreds of research papers, consulted with industry experts, scanned through countless newspaper articles, talked to NGOs and crowdfunding platforms, read dozens of books, and crunched a lot of data. Overall, it took almost a year to finish writing the book.” he added.

The book’s Foreword has been written by Varun Sheth, the founder and CEO of Ketto, who has been featured in the Forbes 30 under 30 list of NGOs and social entrepreneurship. “The book gives life to the numbers and narrates the extraordinary journey of crowdfunding globally,” Varun has said about the book in his review. Many readers have praised the book for its social value, with one reviewer writing on the book’s Amazon page that the book “provides detail and important context to crowdfunding, especially to those who are intending to apply its techniques to their business or personal projects. It does a great job of scanning the environment, and supplies both depth and breadth to the subject matter. Since there is very scant literature about crowdfunding from an Indian perspective, the book’s contribution is significant.”

Within just two weeks of release, the book has garnered positive attention from industry leaders and the public. “A brilliant must-read. This book is fast-paced and weaves you through economics, consumer behavior, finance, technology, and global trends to beautifully explain how crowdfunding is making the world a much better place,” Ranganath Thota (Founder of Fuel A Dream) wrote about the book in his review. Another industry leader, Piyush Jain, Co-Founder and CEO of the crowdfunding platform ImpactGuru.com has said, “The book provides an exhaustive analysis on the concept of crowdfunding, well-presented by the authors.”

Ravina and Irfan both were working for Ketto, one of India’s top crowdfunding platforms, when they decided to write the book. According to the authors, it was a general lack of awareness outside of tier-one cities about crowdfunding that motivated them to write a book on the subject. “There were barely four to five peer-reviewed research papers and no book that covered crowdfunding in its entirety,” says Ravina Banze.

The book is currently available on Amazon in both Paperback and Kindle versions. The authors hope to make the book available worldwide and put it in major stores and universities globally. When asked about the response the book has received, Irfan said, “By the Grace of God, we are very happy with the sort of reviews and response we have received so far. The book is the culmination of a year’s hard work, and it’s good to see such a response from people”