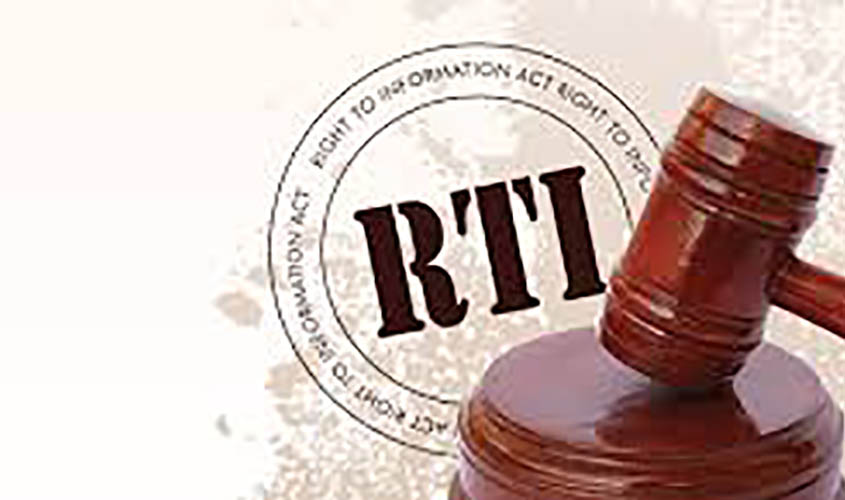 By Sajad Farooq Rather

It is rightly said that the right to Information marks a unique opportunity for all of us to participate in nation-building. Many research papers, documents and studies have frequently shown that in the context of the right to information, the oldest experience belongs to that of Sweden. Right to information is not only a fundamental right but also an essential facet of democratic governance. On one hand, it ensures citizen’s access to obtain information from public authorities and on the other, this process itself leads to transparency and accountability in government functioning and administration. At a fundamental level, citizen’s access to information mirrors participatory democracy. As a result, it leads to equitable, fair and people-oriented governance.

In our constitutional framework and scheme, public power flows from “We the People of India”. Therefore, public scrutiny from a constitutional perspective can neither be deprived nor denied. The symmetry of information is essential to any meaningful debates and deliberations. Those who possess will certainly have a decisive advantage. Particularly in the realm of governance, if the decision making is veiled by the mark of secrecy, the outcome will be at one level. If the decision making is open and transparent, it will definitely be in promotion of public interest. The popular attribute of democracy “by the people, for the people, and of the people” requires to be constructively appreciated in this context.

The right to know –receiving and sharing information comes under the Right of Freedom of Speech and Expression recognised under Article 19 (1) (a) and clause (2) of the constitution of India. Every citizen has a fundamental right to receive or share information by using the means — access to telecasting for the said purpose. However, the right to know has not yet extended to the extent on invalidating Section 5 of the Official Secrets Act-1923 which prohibits disclosure of certain official documents. Now it is obvious from the constitution that we have adopted a democratic form of government, where society has chosen to accept democracy as its creedal faith, it is elementary that the citizens ought to know what their government institutions are doing.

Public scrutiny from a constitutional perspective can neither be deprived nor denied. The symmetry of information is essential to any meaningful debates and deliberations. Those who possess will certainly have a decisive advantage. Particularly in the realm of governance, if the decision making is veiled by the mark of secrecy, the outcome will be at one level. If the decision making is open and transparent, it will definitely be in promotion of public interest

There is also in every democracy a certain amount of public suspicion and distrust of government.  It is axiomatic that every action of the government must be actuated by public interest but even so, we find cases, where governmental action is taken not for public interest but for personal gain or other extraneous considerations. Sometimes governmental action is influenced by political and other motivations and pressures and at times, there are also instances of misuse or abuse of authority on the part of the executive. If secrecy were to be observed in the functioning of government and the processes of government were to be kept hidden from public scrutiny, it would tend to promote and encourage oppression, corruption and misuse or abuse of authority, for it would all be shrouded in the veil of secrecy without any public accountability.

It has been truly said that an open government is a clean government and powerful safeguard against political and administrative aberration and inefficiency. Significant and stimulating experience post-RTI phase quite clearly depicts that people perceive great hope. This is the precise reason why every one of us should relentlessly struggle and strive for meaningful implementation and enforcement of the RTI Act throughout India. The following recommendations will undoubtedly succeed in influencing the purposeful implementation of RTI Act so as to achieve much more concrete and desired impact. Consistent dissemination about RTI among the public; essential principles pertaining to RTI must form part school and college curriculum; strengthening NGOs and other organizations involved in practical enforcement of RTI Act; members involved in governance in different layers like Panchayat must be provided appropriate training about RTI; adequate number of commissions must be appointed; Schools and Colleges must be encouraged to conduct RTI clinics.