Home » Muharram in Times of Pandemic 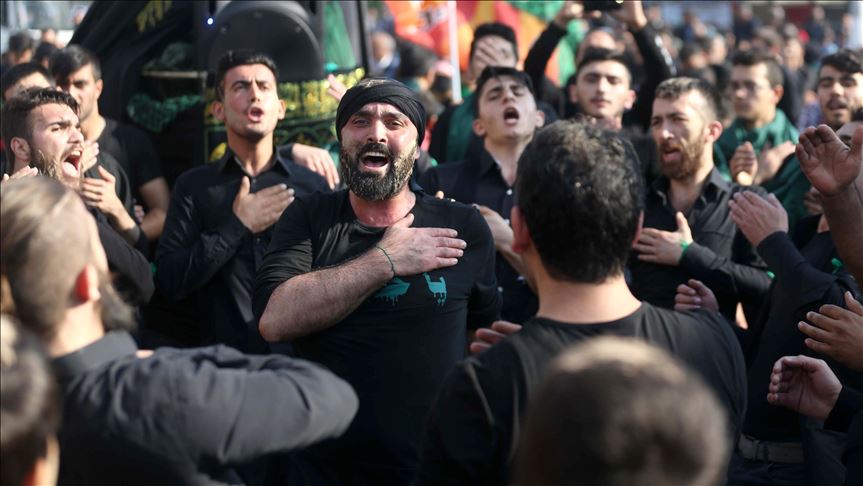 Muharram is one of the most important months for Muslims all over the world and marks the start of the new Islamic year. Based on the lunar Hijri calendar, Muharram is the first month of the Islamic New Year and is second only to Ramadan in its significance for the global Muslim community.

But this year is different. The world is grappling with a global pandemic not witnessed by the humanity for last around 100 years since the outbreak of Spanish Flu in early 20th century that infected nearly 50 crore people and claimed lives of estimated two to five crore people including one crore people in undivided British India alone. The coronavirus infection has now reached every nook and corner of the world and has already claimed lives of nearly seven lakh people. It is therefore expected that marking of Muharram will be subdued this time, both in terms of its celebration as Islamic New Year and observance of the 10th day of Ashura to commemorate the martyrdom of the Prophet Muhammad’s (PBUH) grandson Hazrat Hussain Ibn Ali (AS), who was martyred along with his 72 loyal companions in the battle of Karbala, on the day of Ashura in AD 680.

Just like all other communities, coronavirus pandemic has impacted the Muslim community as well, even as the Muslim Ummah grapples with and adjusts to the “new normal”. In March this year, the Saudi Arabian government suspended Umrah pilgrimage owing to the fears of coronavirus spreading to Mecca and Medina, Islam’s holiest cities. It was an unprecedented move that raised uncertainty over the annual Hajj pilgrimage as well. The uncertainty over the Hajj pilgrimage was cleared early this month when Saudi administration allowed a drastically reduced number of pilgrims to take the holy journey. In an unprecedented move, the annual Hajj pilgrimage that usually attracts over 2.5 million pilgrims was restricted to just a fraction of that number – only 10,000 pilgrims to be selected by the Saudi government from among local Saudi citizens and foreign residents living in Saudi Arabia. This in effect meant that for the first time in history, no international pilgrim was allowed to make his or her Hajj pilgrimage. This was done to ensure physical distancing in an atmosphere which is otherwise teaming with the ocean of humanity.

This year is different. The world is grappling with a global pandemic not witnessed by the humanity for last around 100 years since the outbreak of Spanish Flu in early 20th century that infected nearly 50 crore people and claimed lives of an estimated two to five crore people including one crore people in undivided British India alone. The coronavirus infection has now reached every nook and corner of the world and has already claimed lives of nearly seven lakh people

The “new normal” has also altered the traditional way, the mourning of Muharram observed by the Shia Muslim community. Iranians, who usually hold special ceremonies during the first 10 days of the lunar month of Muharram, are observing a much scaled-down version of an otherwise detailed, elaborate and well-attended ceremonies. For example, mourners in Iran’s central Yazd province have decided to allocate most of the cost of their Muharram rituals to the poor and needy families this year. Even Yazd’s trademark Muharram ritual on the 10th day of Ashura, of the congregation of faithful in “Hosayniyas” and beating of the chest to the rhythm of a sung eulogy, has been scaled down drastically by limiting the number of people, who would participate in such congregations and that too for less time in small neighbourhoods as per the orders of Iran’s national headquarters for fighting coronavirus. They decided that gatherings and attendance in crowded places for an extended time could lead to further spread of coronavirus.

Much closer home, the Muslim community in India has also decided to observe Muharram in strict adherence to all government instructions and Standard Operating Procedures. Even the smaller and close-knit Dawoodi Bohra Muslim community of western and central India has decided to celebrate the first day of the 1442 Hijri New Year in smaller in-house family gatherings by feasting on special food prepared from sweets, fruits and dry fruits.  Furthermore, even All India Shia Personal Law Board has issued its Muharram advisory asking people to follow all norms of social distancing, wear masks and wherever possible, take part in Muharram rituals online or via TV channels broadcasting them. Even in Kashmir, J&K Ittihadul Muslimeen announced that this year the traditional Muharram ceremonies will be held as per norms set by the medical authorities in view of the raging Covid-19 pandemic that includes safe, limited mourning gatherings at a local level rather than big congregations at mosques and Imambaras to prevent the spread of coronavirus.

The collective spirit of the holy period of Muharram is to motivate the Muslim community to remember the sacrifice and martyrdom of Hazrat Imam Hussain (AS) in the battle of Karbala and learn from its inspirational message of waging a collective fight against injustice and oppression of evil forces. In the prevailing situation, there is a grave danger and threat of coronavirus pandemic, which has challenged the collective might of humanity. This is the fight in which humanity must prevail over the evil design of a deadly virus.

(The author served as PRO to Ex-CM of the state of J&K and can be reached at [email protected].)