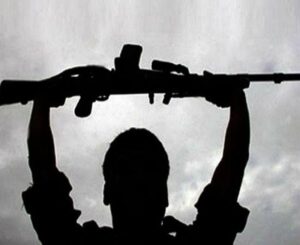 Srinagar: One of the two militants trapped in Hajipora area of Shopian district surrendered while another was killed in a gunfight with a joint team of police and army on Friday, officials said. They said identified the surrendered militant as Sahil Ahmad Dar son of Mohammad Ramzan of Beminipora. When contacted, Inspector General of Police, […]