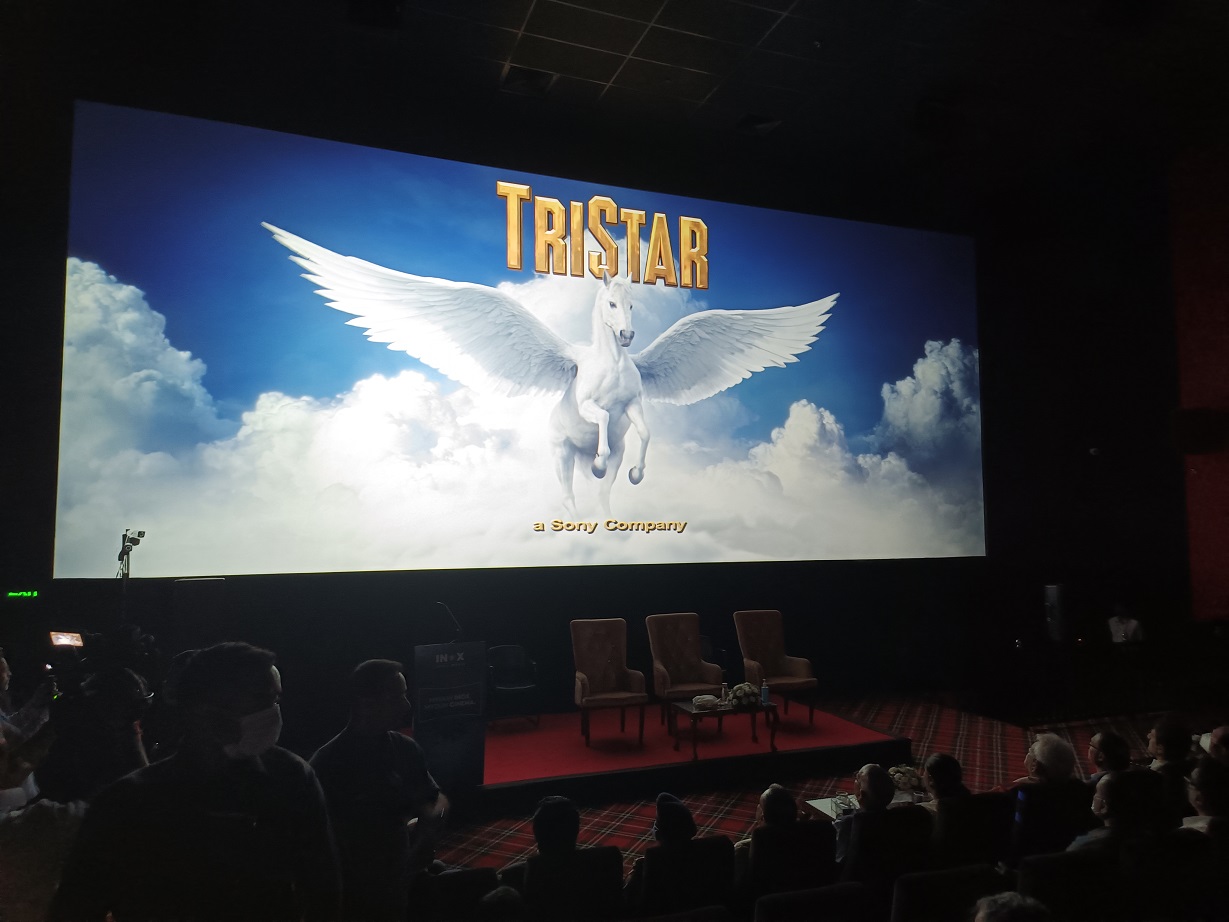 Cinema back in Kashmir after three decades

The Lt Governor said that a significant Socioeconomic revolution has been sweeping through J&K in the last three years and reflects new dawn of hope, dreams, confidence, and aspirations of people, he added.

“The opening of multipurpose Cinema Halls in Shopian, Pulwama, and the first-ever Multiplex Cinema Hall in Srinagar marks the revival of cinema culture in the Kashmir valley after three decades,” LG said.

Cinemas are back in Kashmir after three decades as Jammu and Kashmir. The Inox multiplex, owned by a Kashmiri Pandit business family from Srinagar, took five years for completion and has a total seating capacity of 520. Consisting of three movie theatres, it has been built with state-of-the-art technology in the high-security zone, Shivpora, near Badami Bagh Cantonment.

“A major Socioeconomic revolution has been sweeping through J&K in the last three years. It reflects a new dawn of hope, dreams, confidence & aspirations of people.”

“At this place was Broadway cinema, the first film shown here was Janwar by late Shammi Kapoor. That film was shot at the nearby Dal lake. The lovers of cinema are here today,” Sinha added.

Sinha said that culture is a way of life, and cinema being the powerful medium of sharing thoughts and ideas, reflects societal values and change. Cinema brings people together. Apart from entertainment, it gives hope, dreams, and inspiration to youth to pursue their dreams till they realise them.

LG further said that the UT Government is building multipurpose cinema halls in all the districts of J&K. “Young generation has a strong urge to see a better society, learn about other cultures, and become part of the interdependent world. And, it is the responsibility of the administration to provide them opportunities and support,” the Lt Governor said.

Pertinently, two days ago, on the 18th of September, two multipurpose cinemas at Pulwama and Shopian were opened under the youth mission. The UT Government has set a target to establish 100-seat cinema halls under mission youth in every district of J&K.

According to the reports, the government has selected land for the film city”. In the new film policy there are a lot of avenues for local youths, and if they make small films, they will get a lot of incentives so that locals will get employment.” LG said.

Terming the event like a dream come true, Vikas Dhar said that this is a big dream which has come true. He said that the decision directly came from his heart “I have no words to express the joy of seeing the opening of the first multiplex of Kashmir. It was a dream project for his brother and father, who also run one of the prestigious educational institutions of the city,” said Vikas Dhar.

Reportedly, in 2018, M/S Taksal Hospitality Pvt Ltd, owned by Dhars, applied for permission for the multiplex and got the license after checking the safety, security, and other measures at the location where Dhars had an old cinema hall named Broadway.

“Young generation have a strong urge to see a better society, learn about other cultures, and become part of the inter-dependent world. And, it is the responsibility of the administration to provide them opportunities and support,”

“We have installed state-of-the-art equipment. And it will all be a different experience than what it used to be 30 years ago in cinema halls of Kashmir.” Dhar said.

LG Manoj Sinha, while elaborating on the future planning for the renewal of the film industry of Jammu and Kashmir, said that the new cinema halls and continuous film shootings would renew the beautiful bond between Jammu Kashmir and the Indian Film Industry. He said that the new Film Policy has been rolled out with special provisions and incentives for encouraging local youth to take up the film as a career.

“We are in talks with various stakeholders and have identified the land for developing Film City in the UT, and the facility will come up in the UT soon,” he said and added, “Under the guidance of Hon’ble Prime Minister Shri Narendra Modi we have accelerated the pace of implementation of numerous developmental initiatives.”

While speaking on occasion, Siddharth Jain, Executive Director, INOX Group, said that the launch of the new multiplex theatre in Kashmir would make the region a part of the country’s creative economy and contribute to strengthening the soft power of the country.

“With ‘MYOUN INOX, MYOUN Cinema,’ we are also looking to win the hearts of cinema lovers of Kashmir by offering them a world-class cinema-viewing experience, an amalgamation of top-notch technology, great hospitality, best of cinema comforts, a blend of local designs, Dolby Atmos audio technology, latest 3D & projection technology and a professionally trained team. We are also looking forward to taking our artistic learning from Kashmir to the world,” he said.

Vijay Dhar, Chairman DPS, and owner of Broadway theatre, expressed gratitude to the Lt Governor-led UT administration and the INOX group for bringing back the joy of movie viewing in cinema halls to Kashmir.