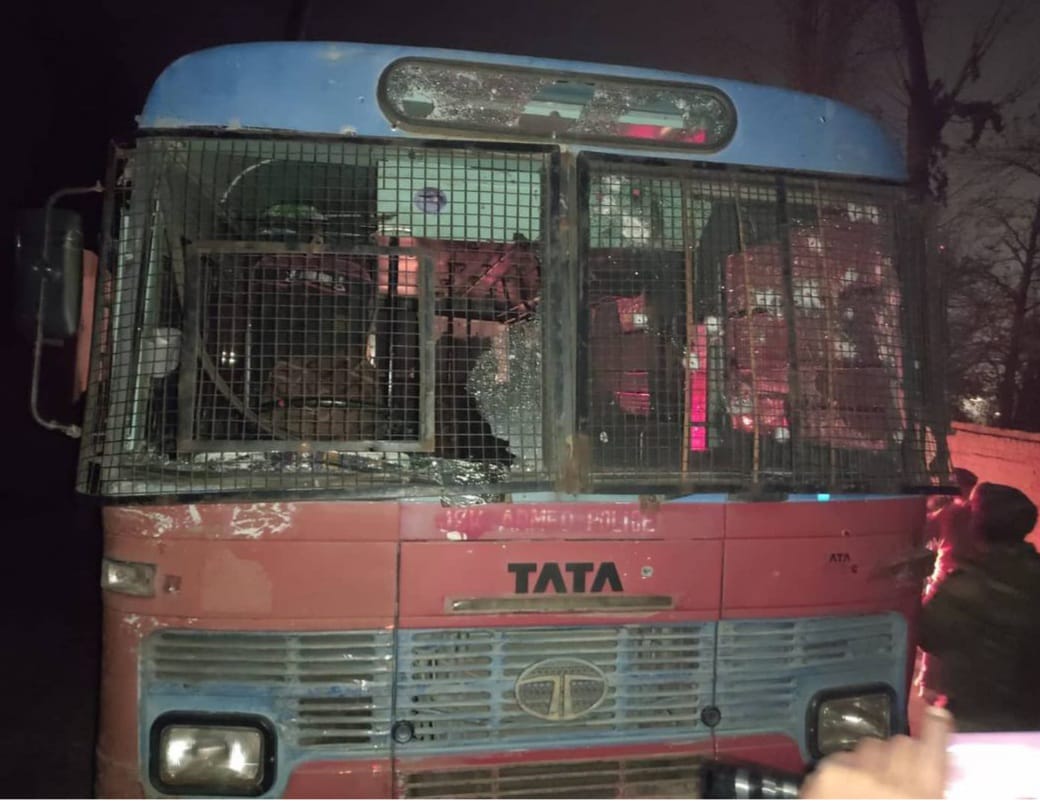 Srinagar: Two among 14 police personnel injured in a militant attack on Srinagar-Jammu highway near Zeewan succumbed to wounds at a hospital here, officials said on Monday.

A bus of police’s armed forces was fired upon near Aripora Zeewan in the outskirts of Srinagar on the Srinagar-Jammu highway on Monday afternoon.

Official sources told GNS at least 14 cops were injured. Two of them identified as Assistant Sub Inspector Ghulam Hassan and Safique Ali (Sgct) succumbed to injuries at a hospital here, they said. A senior police officer confirmed to GNS that two policemen died.

When this report was filed searches in the area were going on. However, there were no immediate reports about the arrest of any person so far. Emerging story. More details are awaited. (GNS)