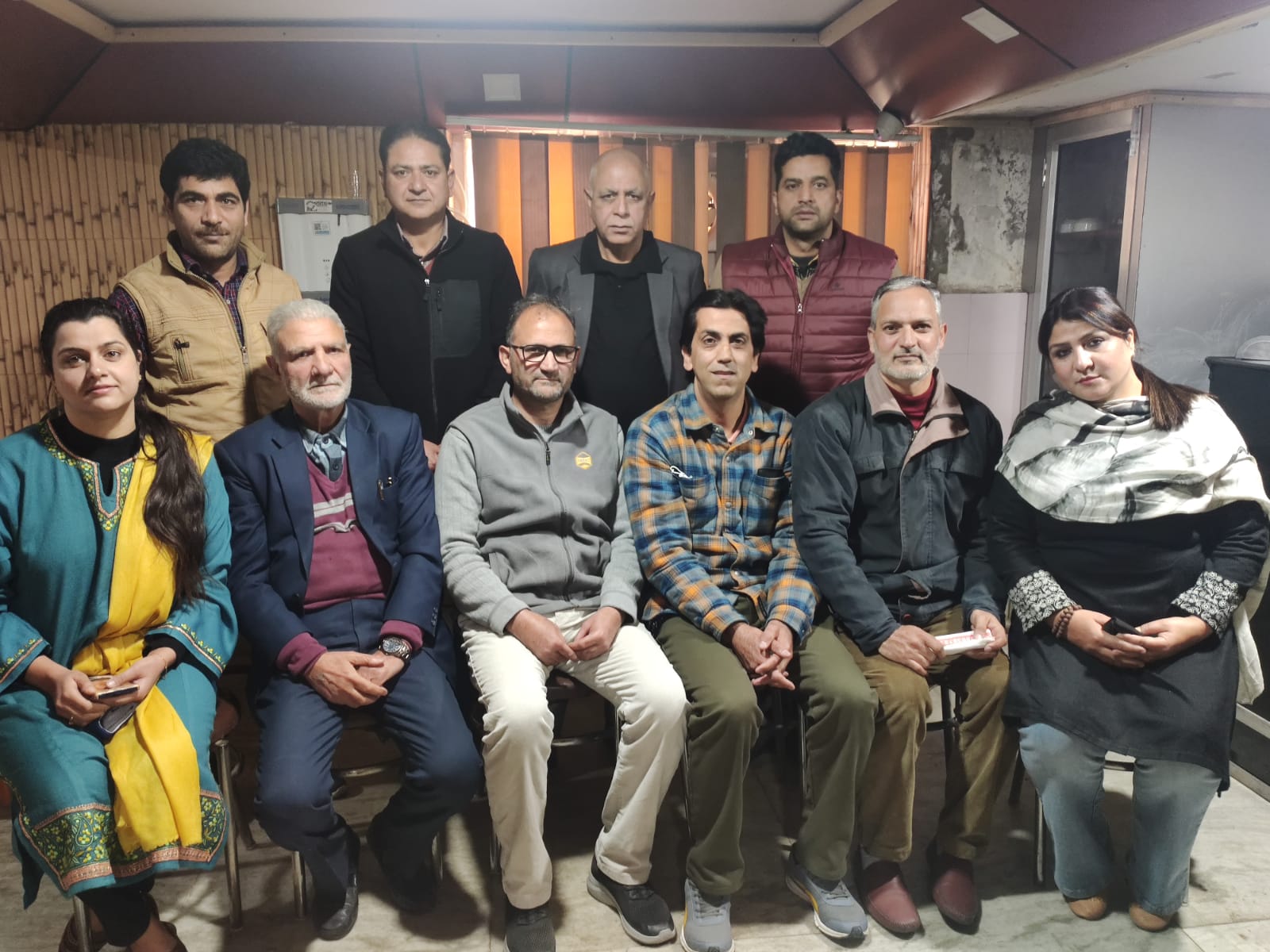 As per a statement issued by Chief Spokesperson of JKEF, these elections were conducted under the supervision of Election Observer Muhammad Shafi Khan-Editor Global Post.

All Executive Members Were Present During JKEF Elections

All the executive members of the Forum including Zahoor Gulzar from ‘Kashmir Leader’, Ajaz Ahmed Kawoosa- from ‘Asian Express’, Mehrajuddin from ‘Nidai-e-Kashmir, and Peerzada Nisar from ‘Kashmir Traveller’ were present during the election proceeding.

The Chief Spokesperson said that elections were conducted in a free and fair manner through secret belt. Last month, in October, an executive meeting of Jammu Kashmir Editors (JKEF) was held on Wednesday at Kashmir Press Club. During the meeting it was deliberated upon the members to maintain discipline andto use their influence and play a key role in strengthening the forum and also to take concrete steps for the cause of media fraternity especially for newspapers. It was in that meeting the Press Club election was. Eleven members were nominated from the Forum for the Elections. Jammu and Kashmir Editor’s Forum works for the welfare of the journalist community and takes up the issues confronting the media houses. The Forum discusses the welfare of the journalist community as a whole and the measures needed to be taken to strengthen the media industry in the State in general and newspaper institutions in particular. JKEF is an association of various newspapers, news magazines and news agencies, was constituted for confronting the challenges faced by newspapers and media industry in J&K.