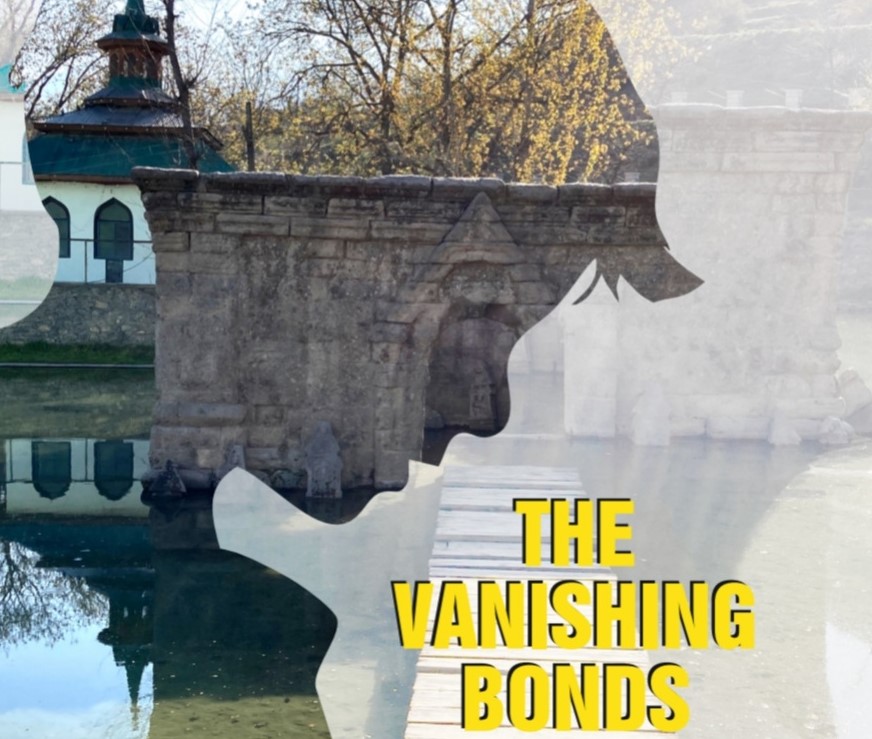 Revered by both Kashmiri Pandits and Muslims, hundreds of natural springs in the Valley fell into disuse after the KP exodus of early nineties. Over the years, land mafia and human greed has worked to erase a chapter that once brought the two communities together.

“It was a large spring spread over a dozen Kanal land. Because it was a sacred place for Kashmiri Pandits who came and performed rituals there, no one would think about polluting it,” said Hamid, a farmer.

According to official data, there were at least 80 springs in Pulwama district alone during early nineties. Many of them were believed by Kashmiri Pandits to be sacred places of worship in local tradition and were under their direct care.

Hamid said these springs catered not just to the drinking water needs of people and irrigating their kitchen gardens, but some of them acted as places of worship for the Kashmiri Pandits who lived in many villages of Pulwama district.

“At Indraaz Naag, Muslims and Pandits, especially children, would mingle with each other. The spring symbolized the communal harmony that exists in Kashmir,” he said, adding that the spring was revered by even Muslims who feared that capricious djinns and elves haunted these springs.

However, when the insurgency broke out in Kashmir in early nineties, Pandits became the first target of the contesting political narratives, forcing most of them to migrate to Jammu, Delhi and other parts of the country.

The Pandit exodus left many of these springs in disuse and under the care of no one. Their sudden abandonment and complete lawlessness encouraged land mafia and human greed to encroach on them.

“By neglecting these springs, the government offered them on a platter to the land mafia. Today there are just a handful of natural springs in Pulwama. Indraaz Naag has shrunk to less than a kilometre,” Hamid said.

“People encroached the land surrounding these springs. Many were filled up, and houses and shopping complex were built over them with official connivance,” said Showkat Ahmad, a resident of Anantnag.

Hundreds of natural springs dot the Kashmir valley, effortlessly bringing unadulterated mountain water to the residential areas. Most of the natural springs are found in Anantnag, Srinagar and Pulwama districts, besides other areas. Many springs in Kashmir are known for healing properties.

Panzath spring in Qazigund was a famous picnic spot for kings, according to Pandit Kalhana, the author of Rajatarangini. Due to official neglect, the spring, which was the source of water supply for around 35 villages in south Kashmir, has turned into a garbage dumping site.

Once famous for various species of fish, including the delectable rainbow trout, locals fear that they may soon be deprived of their water source.

Experts believe that the recent trend of changing land use from agriculture to horticulture has fiddled with the water table, choked the natural water channels of these springs and allowed the land mafia, including the farmers who live in their vicinity, to encroach them.

The base of the Martand Plateau in south Kashmir was once home to hundreds of tiny natural springs, but most of them have vanished in the last 20 years due to rampant and unplanned urbanization.

A spring dries up for two reasons; either its source of water in the mountains disappears, or the channels that bring water from the source to the mouth of the spring get blocked.

Experts believe that due to climate change and global warming, Kashmir’s glaciers, which are a source of many springs, have retreated significantly.

Even drinking water from the springs worshipped by Pandits was not allowed. Now people use them for washing utensils and even clothes in them.

Since Kashmir falls in Seismic Zones IV and V, frequent tectonic activity is bound to block the channels from the source to the springs.

“The seismic activity and the flow of certain chemicals and other pollutants choke the channels and destroy the natural habitat, which ultimately leads to death of water bodies,” said Dr Ghulam Geelani, who heads the University of Kashmir’s Earth Sciences department.

In the last 20 years, according to locals in Pulwama, popular natural springs, including some of those worshipped by Pandits that have ceased to exist, are Sonar Naag, Nagraad Naag, Bulbul Naag, Aarim Naag, Waatal Naag, Dhoib Naag and Khaare Naag, among others.

Muzaffar Karim, a resident of Wahibugh, fondly remembers the time when Pandits would offer flowers at a spring in the adjoining Monghama village of Pulwama district on auspicious days such as Diwali.

“I was a child, and along with friends, we used to visit the spring and watch the Pandits perform their rituals. The spring brought the two communities together,” Karim, who works with a private electronics company in Srinagar, said.

A spring dries up for two reasons; either its water source disappears, or the channels that bring water from the source to the spring get blocked.

While the depletion of water bodies is a universal phenomenon accentuated by global warming, the slow and steady extinction of the springs in Kashmir has been accelerated by the eruption of armed insurgency and the tragic departure of Pandits.

“Earlier, even drinking water from the springs worshipped by Pandits was not allowed. Now, people use these springs not just to meet their drinking water requirements but also wash utensils and clothes in them,” Karim said.

Locals believe that had the Pandits not left Kashmir, these natural springs, many of which have ceased to exist, could have been preserved and protected.

“Pandits would clean up these springs because they worshipped them while Muslims would not dare to pollute them for fear of causing an offence. Now many of them emit a foul smell,” said Hamid.

“With the exodus of Pandits, it seems these springs have also changed their course,” he added.