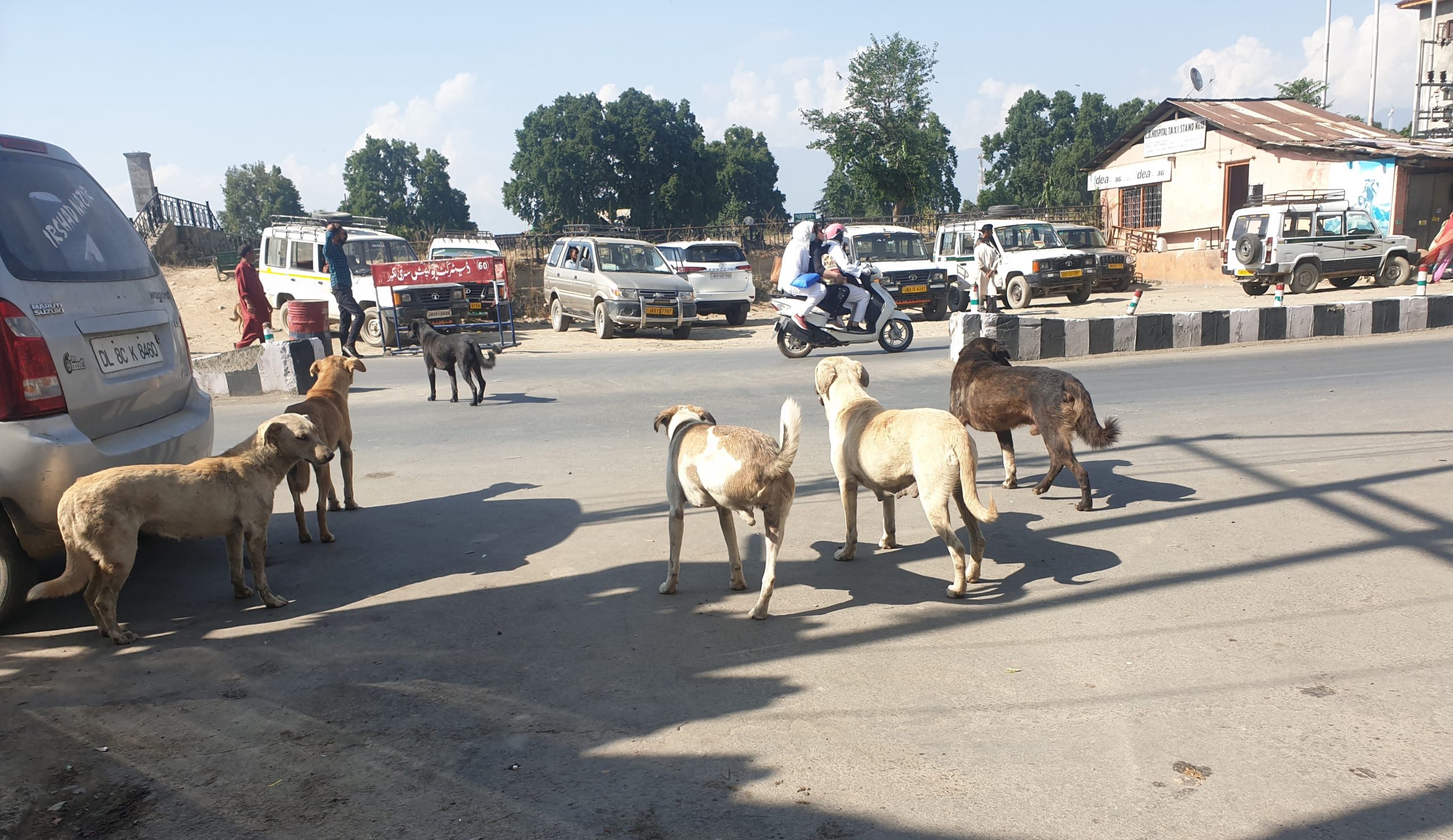 On a warm March afternoon, eight-year-old Azhar Manzoor was playing near his family’s agriculture field in south Kashmir’s Pulwama when a pack of stray dogs pounced on him.

Hearing his screams, his father rushed to save him. After a brief struggle, Azhar was retrieved from the canines with the help of locals and rushed to a hospital in the district, where doctors pronounced him dead on arrival.

“He was attacked in the neck and head. Due to blood loss, doctors could not save him,” said Manzoor Ahmad, Azhar’s father and a resident of Pinglena village in Pulwama district.

Stray dogs continue to target the human population with painful regularity across Kashmir. The case of eight-year-old Azhar was not an isolated incident. Every other day, it is not uncommon to come across horrifying incidents of dog attacks splashed on newspapers, with children as majority victims.

On average, 17.4 million annual dog bite cases are reported across the country. Every year, over 20000 deaths take place in the country due to rabies, a mammoth 36 per cent of the worldwide fatalities when India accounts for just 17.7 per cent of the global population.

In Kashmir, around dozen cases of dog bites, including two children and two elderly persons, are reported on an average day at Shri Maharaja Hari Singh hospital.

In Kashmir, around dozen cases of dog bites, including two children and two elderly persons, are reported on an average day at Shri Maharaja Hari Singh hospital.

Most deaths due to dog bites take place in rural areas where medical care is crippled, and the shortage of anti-rabies vaccines is plugged by the belief of people in traditional medicines.

Experts believe that due to the lack of serious efforts by the central government, the policies to regulate the dog population in the country have gone astray.

They said the World Health Organization’s goal of ending human rabies deaths globally by 2030 is going to be imperilled unless India puts in place a comprehensive framework at the central and state level.

In Kashmir, around dozen cases of dog bites, including two children and two elderly persons, are reported on an average day at Shri Maharaja Hari Singh hospital, where 58,869 patients were treated in a decade since 2009, most of them from the summer capital Srinagar.

“The total number of cases reported across Kashmir will be four to five times more than the number for Srinagar because anti-rabies vaccines are available at sub-district hospitals as well,” sources in the SMHS hospital, which caters to critically ill patients from rural areas, said.

While 3711 cases were reported at SMHS hospital in 2009, the cases nearly doubled to 7324 in 2015-2016. In the coming three years, the number more or less stabilized but it seems to have again started gaining pace again.

According to official data, 15,000 dog bite cases were reported at the SMHS hospital’s anti-rabies clinic from April 2018 to November 2020.

There are around 35-40 million stray dogs in the country, as per one independent estimate. In Jammu and Kashmir, in the absence of an authentic dog census, some estimates suggesting some 50000 stray dogs live in the Valley alone.

The sterilization of dogs which is aimed at controlling the canine population, has been a matter of intense debate for animal rights activists.

According to experts, the unscientific disposal of waste provides a fertile ground for the dog population to go up. Although the Srinagar Municipal Corporation has introduced the closed garbage disposal system in some parts of the city, it hasn’t been able to reach the wider city areas.

Take the instance of Chanpora housing colony. The road to the colony branches from the Rambagh-Chadoora inter-district motorway near the Chanpora police post. A busy street with half a dozen shops, including a fast food joint, passes along the government-run health centre before entering the colony.

At the mouth of the lane, on the opposite side of the police post, a 20ft x 40ft tract used by SMC as a garbage collection site is taken over by packs of dogs throughout the day who pose a threat to not just locals but also patients at the hospital and their attendants.

“The road becomes inaccessible in the morning and evening hours because several packs of dogs are feasting in the garbage. These creatures have made our life miserable,” said Shabir Ahmad, a resident of the housing colony.

World over, two key methods are adopted for keeping the menace of stray dogs in check – vaccination of canine population and sterilization. While vaccination keeps rabies at bay, it is a tedious task

“There are few dog catchers and they can chase few dogs during a day. Most of the times, they return without a catch. Since we are already struggling with issues of waste collection and maintenance of other public services, treating the dog menace has a low priority,” an official in Srinagar Municipal Corporation (SMC) said.

The sterilization of dogs which is aimed at controlling the canine population, has been a matter of intense debate for animal rights activists. At the national level, the implementation of the legal framework for controlling the dog population has suffered setbacks due to the opposition of these activists and dog lovers.

In Kashmir, and especially Srinagar city, which is the worst hit by dog menace, there is just one sterilization centre for dogs at Shuhama, which has a capacity of handling 15 dogs per day.

“It will take us several years to achieve the target of sterilizing 75 per cent of dog population if we continue with this pace,” the SMC official said.

The SMC has earlier this year floated tenders for starting three more sterilization centres in Srinagar, which will enhance the capacity to 240 sterilization surgeries per day. But they are yet to become functional.

The easy availability of food in the city, which produces around 500 metric tonnes of waste every day, only compounds the problem.

“The government alone can’t deal with this menace. The public has equally important role. If the dogs don’t get food, it will significantly dwindle their population,” a senior government official said.

On a cold November morning last year, Abdul Majeed Rather was on a routine morning walk in north Kashmir’s Baramulla town when a pack of stray dogs attacked him.  Rather, a noted lawyer from Baramulla tripped, suffering a spinal injury during the fall while the dogs kept attacking his legs, face and back. After battling life at SMHS hospital for nearly three weeks, Rather passed away on December 7 last year.