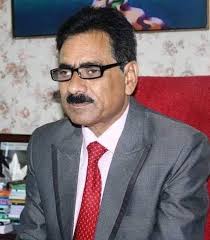 Noted Kashmiri writer and former Secretary J&K Academy of Art Culture and Languages, Dr Aziz Hajini passed away in Srinagar on Saturday. He was 64.

Hajini, born as Abdul Aziz Parray in north Kashmir’s Bandipora, was appointed Secretary J&K Academy of Art Culture and Languages in 2015. He has over twenty books in Kashmiri to his credit including poetry and criticism.

Hajini also taught Kashmiri as an Assistant Professor at the Centre of Sheikhul Alam Studies, University of Kashmiri till his retirement in the year 2019.