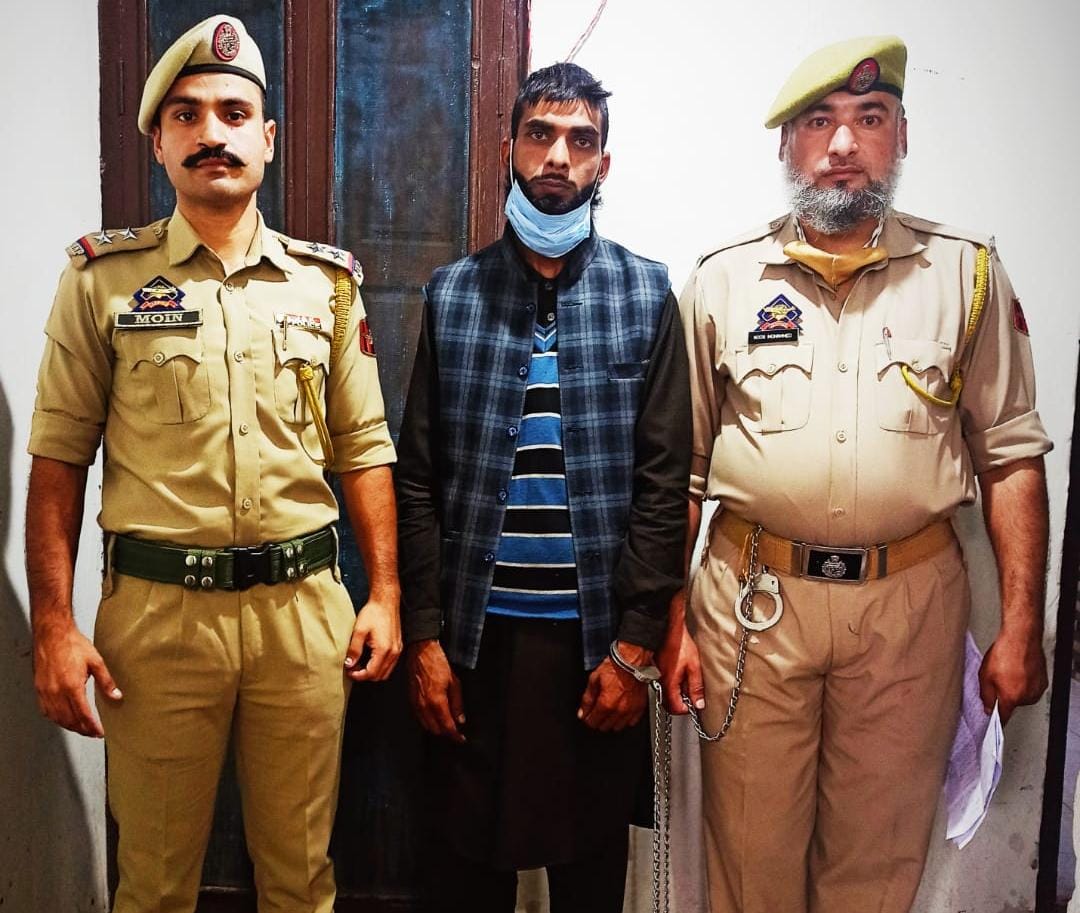 Kishtwar: Police on Wednesday claimed to have arrested Ex- militant who was absconding since 12 years in Kishtwar district of Jammu division.

In a statement, the police said that Kishtwar Police have apprehended another absconder,(ex militant) who was evading arrest from the last 12 years.

On a specific information received through reliable sources a special police team of Police post Jawalapur was constituted. The team led by PSI Moin Khan under supervission of Dy.SP Hqrs Devinder Singh Bandral raided the suspected locations and arrested the absconder, they said.

The arrested absconder (ex-militant), identified as Nazir Ahmed son of Noor Mohd Gorsi resident of Budhar Bonjwah Kishtwar, wanted in case FIR No. 187/2009 U/Sec.307/ RPC 7/27 IA Act registered at Police Station Kishtwar. Thereafter said absconder has been produced before the Hon’ble Session Court Kishtwar and accordingly on the orders of the Hon’ble Court the accused has been lodged in judicial custody, concludes the statement.