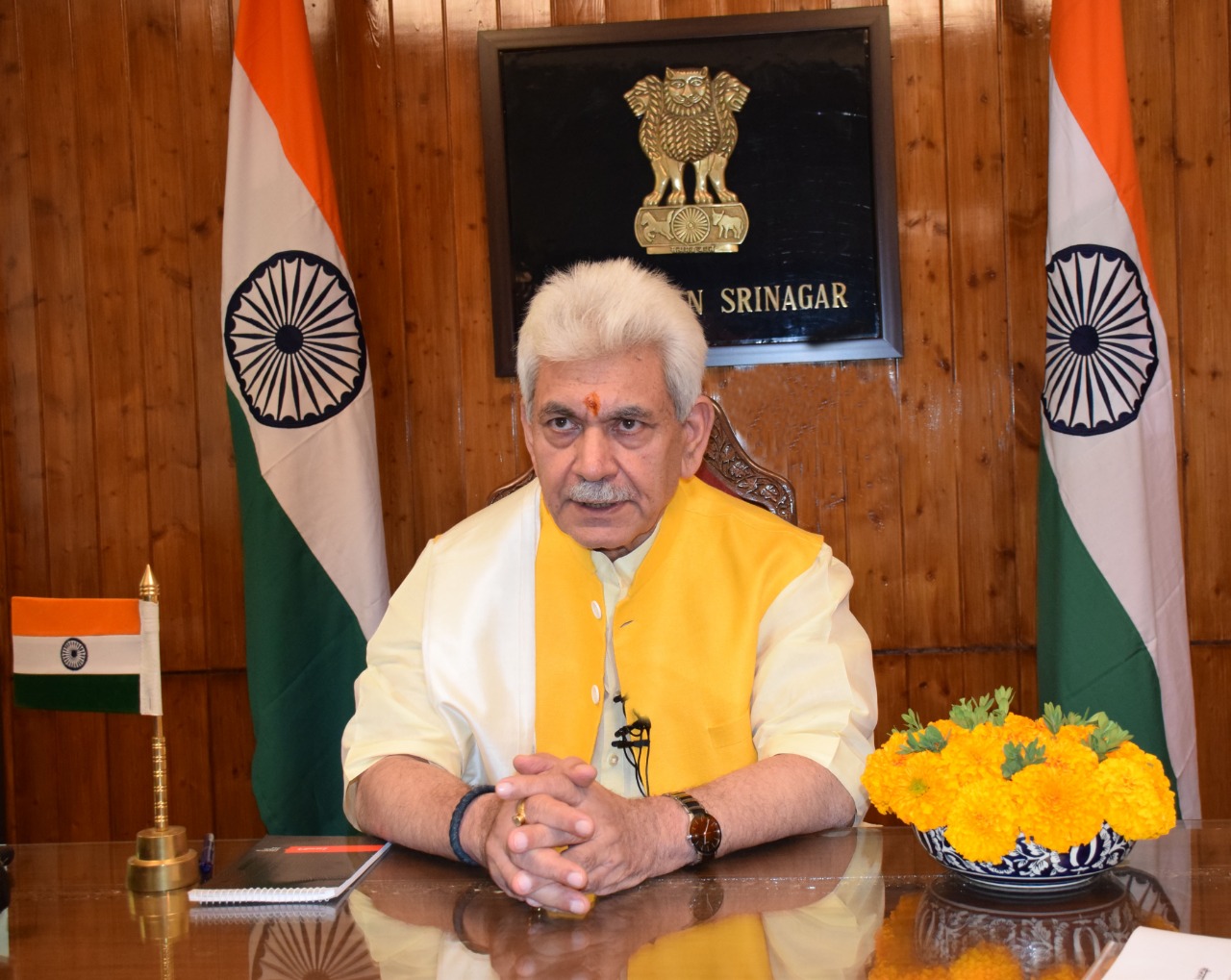 Srinagar, Aug 15 (KNO): Jammu and Kashmir’s Lieutenant Governor Manoj Sinha Sunday said that the violence free District Development Council (DDC) polls in 2020 marked the end of “Jungle Raj” in the Union Territory while as democracy was strengthened at the grassroots level.

Addressing the 75th Independence Day function at highly fortified S K Stadium in Srinagar, the LG Sinha, as per news agency—Kashmir News Observer (KNO), said that the year 2020 saw successful and violence-free DDC polls in which a record number of people participated. “With the successful polls in 2020, Jungle Raj in J&K ended forever,” he thundered from the stage.
The LG, while commenting on August 5, 2019, the decision of Prime Minister Narendra Modi, who led the government at the Centre, said that the move marked the new beginning in J&K.
“Since then, grass-root democracy was strengthened, people started reaping benefits of democracy, and the common man started living in a peaceful environment,” the LG said. “The age-old tradition of Kashmiri was further strengthened, and all segments of society were taken along to achieve new heights.”
Referring to the former Prime Minister Atal Bihari Vajpayee’s slogan of Kashmiriyat, Insaniyat and Jhamoriyat, the LG said that these ideas were not allowed to flourish and there was a “dictatorial kind of democracy in J&K.”
Stating that the militancy was a big hurdle for development and peace in J&K, Sinha said that “our neighbour has been making continuous efforts to instigate youth, but a strong reply is being given to those who are luring youth towards the wrong path.”
“Whosoever tries to lure young boys towards violence will be dealt with sternly,” he said, adding that militancy was not only a hurdle but a big curse for peace and development of J&K. “I assure you that J&K is heading towards peace and a great future is awaiting this beautiful land,” he said.
The LG hailed the police for bagging 257 gallantry awards on the eve of 75th I-Day, stating it was because of the commitment of security forces that J&K was living in a peaceful environment today.
Sinha said that the next 25 years would see a new wave of development and peace in J&K. “A collective approach will be put in place to achieve new targets and goals till 2045,” the LG said