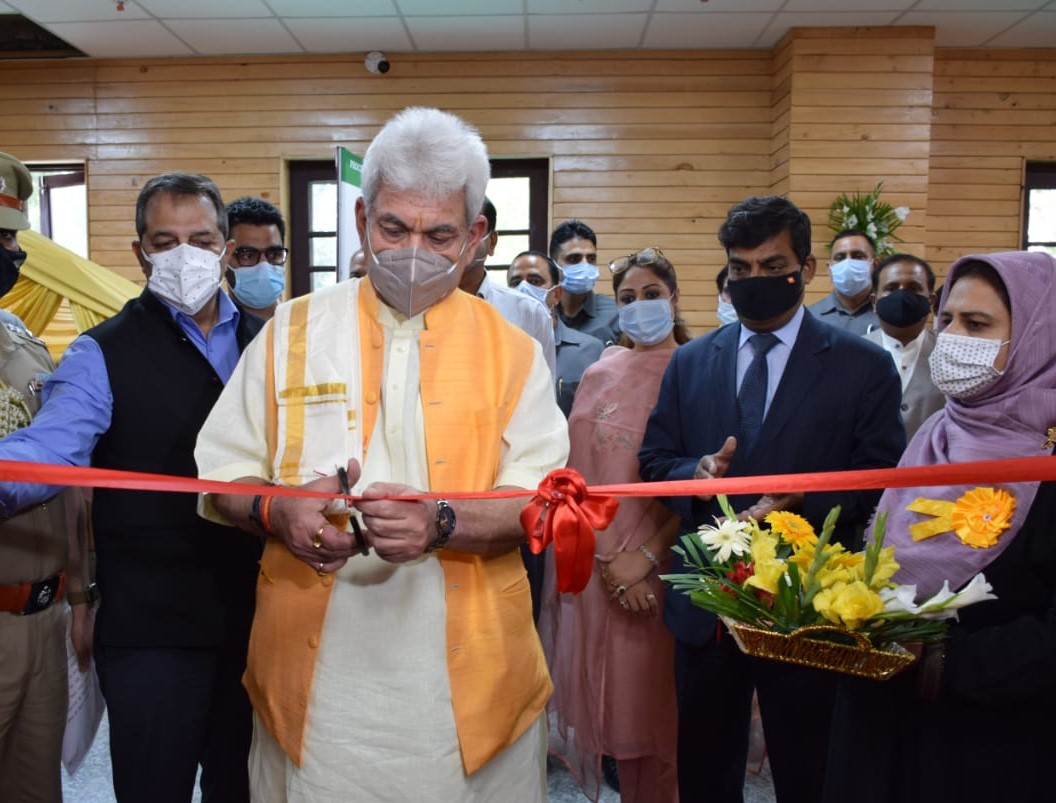 Revamped Silk factory to have the capacity of producing 4,50,000 meters of silk fabric per annum

Government Silk Weaving Factory was established in the year 1937 and has been in operation since then. Over a period of time, most of the machinery had become obsolete and the factory suffered huge damage to the infrastructure in the floods of 2014.

As part of the revival plan, the Century-old Government Silk Weaving Factory Rajbagh has been upgraded and modernized with a project cost of Rs.23.54 crores under the World Bank Funded Jhelum Tawi Flood Recovery Project. Under the upgradation plan, a new factory with state-of-the-art preparatory and weaving machinery has been installed.

Speaking on the occasion, the Lt Governor observed that the government will begin the branding of Kashmir silk to provide it an international market. “We will soon launch Rajbagh Silk as a new brand for Kashmir silk. Moreover, the Tourism Department will work in tandem with the department of Industries and Commerce to ensure ease of access to Kashmir silk market for our tourists”, he added.

The revival plan of Jammu Kashmir Industries Limited (JKI) is being implemented focusing on making the organization as a profitable and viable entity, besides providing livelihood support to the marginalized sections of the society, especially those associated with the cocoon rearing and production of wool, the Lt Governor said.

The revamped Government Silk Factory would provide a cocoon consumption market to approximately 50000 cocoon growers/ farmers of the Kashmir Division. Pertinently, in absence of such a big consumption Centre for the local cocoon, the farmers were exploited by middle men and major quantity of cocoon would get exported to other parts of the country without any value addition.

The Government Silk Weaving Factory Rajbagh will now be capable of producing 4,50,000 meters of silk fabric per annum creating a viable economic cycle and employment opportunities both directly and indirectly. Further, the Government Silk Weaving Factory Jammu established in the year 2020 is providing direct market to the cocoon rearers of the Jammu Division, added the Lt Governor.

In the second phase, the Industries department will restore two heritage buildings of the silk factory. This will have a design studio, quality control lab & areas for tailoring where customers can select the fabric & talk to the master tailors, it was informed.

Later, the Lt Governor also interacted with the Artisan clusters of Willow wicker (Ganderbal), Papier machie (Zadibal), Crewel (Noorbagh) and Wool (Bandipore). The artisan clusters have been established under the World Bank funded Jhelum Tawi Flood Recovery Project for the skill enhancement of the artisans, training them in the management of the artisan owned clusters and developing market linkages for their products.

A presentation was also made by the experts of the consultancy engaged by JTFRP for the adaptive reuse of the Rajbagh Silk Factory, and the steps proposed for the retrofitting of the old factory, using the old campus for dyeing, yarn certification and other beautification measures, besides linking the campus with the tourist circuit.