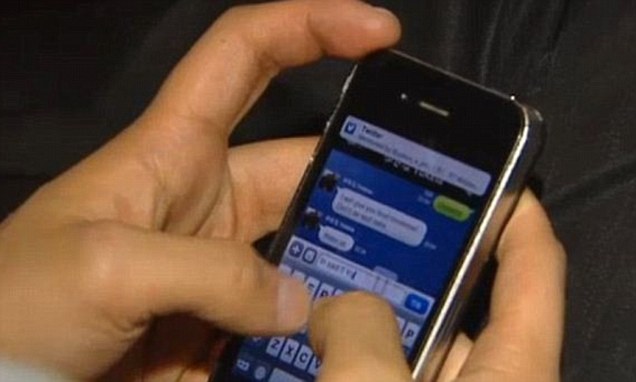 Instead of making judicious use of mobile phones, our young generation is degrading morally and ethically by unnecessarily indulging in antisocial practices on social media, writes Rayees Ahmad Kumar.

With the advancement of science and technology, every aspect of human life has seen drastic changes. It not only has made our lives quite easier and comfortable but also has compelled us to face some challenges. The invention of the airplane, the computer, mobile phone and other diagnostic machines used for varied medical investigations of human beings are the biggest blessings of science for humankind. In the computer age and the tremendous advancements in information technology, we are almost independent of manpower because the routine daily business is done through digital mode.

However, mobile phones’ appearance in our daily lives has made our lives more than enough easier and comfortable. Our nears and dears studying and dwelling in intercontinental lands seem no longer far away from us due to this great scientific gift. Still, at the same time, it has put us to a tough test.

Our older generation is making good use of it by inquiring about their loved ones’ well-being through voice calling and sometimes during leisure times enjoy the music of their taste or watch the morally upright videos through the internet.

But the mobile phones in the hands of our young and future generation has given rise to several issues. Instead of making judicious and positive use of mobile phones, they are degrading themselves morally and ethically by unnecessarily indulging in antisocial and inhuman practices on social networking sites like Facebook, Twitter, Instagram, WhatsApp, YouTube, etc.

“Renowned Islamic scholars have made good use of social media platforms to invite nonbelievers to the right path. But it is an exception”

From morning to evening till late night, our young generation remains busy on social media. It has not only distanced them from their parents and siblings but has also hampered shaping their personality in the right direction. Honestly speaking, few days before I was returning from the market to my residence accompanied by another person, I met a teenaged guy. I told the person accompanying me: “This guy is smart and morally upright. He is a noble boy.”

In response, the person accompanying me said: “Are you on his friend list on social media? Do you watch his comments, posts and shares? He is the dirtiest guy of our locality.”

To reply, I found no words at the time. Like me to more others, the guy might have been regarded as the noblest one, but his negative and misuse of social media that his inner behaviour and traits were exposed.

Making WhatsApp groups among peers and then sharing nuisance things and chatting even during night times has deteriorated their physical health and downgraded them morally.

Uploading unethical video items on YouTube and making short videos on the Tiktok app has now become a new norm of our young generation. They keep themselves busy on these social sites without considering it’s repercussions. Our future generation has become much addicted to social media now.

Of all the social networking sites, Mark Zukerberg’s Facebook is a much popular and most used platform to express one’s feelings, share knowledge, experience, and communicate with fellow beings. Renowned Islamic scholars have made it an excellent platform to invite nonbelievers to the right path. The mission of Dawah has been much easier with the emergence of Facebook. But the most disappointing fact is that our youth are misusing this site. Sharing unethical items recklessly, writing negative and unacceptable comments on good Facebook posts has become their habit. Creating fake Facebook Ids and pretending to be someone else that they actually are is a growing evil among the youth.

The intensity of social media addiction can be analysed from the fact that even our children, instead of being taught good moral lesson right from the beginning, the parents are provideing mobile phones to watch videos on YouTube all the time. Now they take the lunch and dinners only after YouTube videos are run before them. Otherwise, they may as well sleep hungry!

Furthermore, our youth are playing games on mobile phones without feeling tired day and night. It not only has worried their parents but the people of sound intellect are constantly raising these issues in their discussions.

From this, we can assess the direction towards which our future generation is heading. If you won’t give them food for days together, mobile phones’ availability in their hands is enough for them. We need to think about the degrading morality of our young generation and take extra care while providing mobile phones in their hands. Instead of making them social media addicts, we must try to make them responsible citizens of society.

The author can be reached @ [email protected]