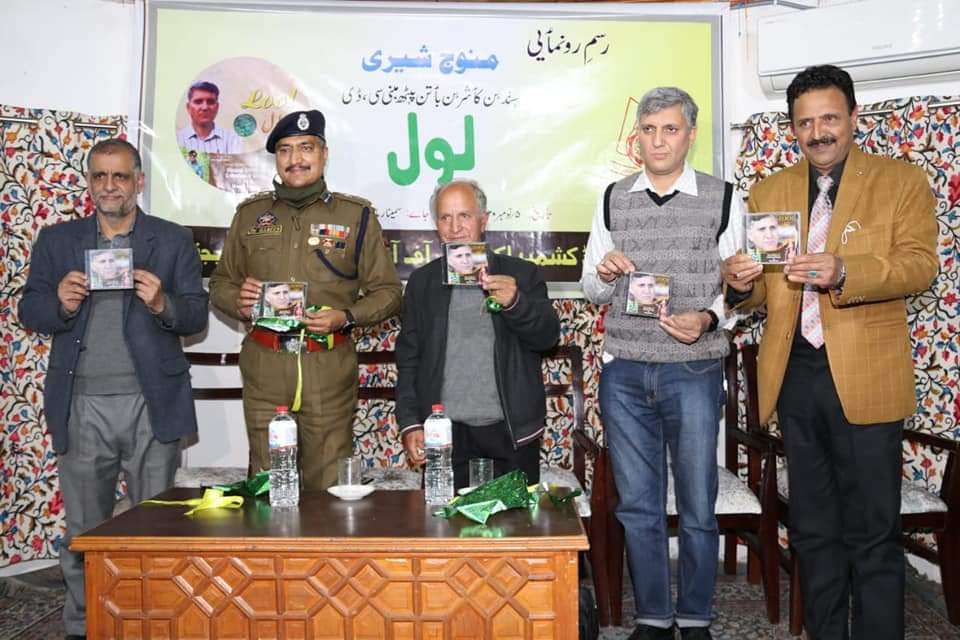 Srinagar, Nov 05: JKAACL today released a musical album ‘LOOL’ comprising of Kashmiri Poetic renderings of noted writer and poet Manoj Sheeri.
In this connection, a grand function was organized here at the headquarters of JKAACL which was presided over by Prof Shafi Shouq, while Dr Haseeb Mughal SSP Srinagar was a special guest on the occasion.

Welcoming the guests, Secretary Academy Muneer-ul-Islam said it is Endeavour of the Academy to promote various languages including Kashmiri and today we are releasing a musical album of poetic renderings by Manoj Sheeri who has already contribute a lot to Urdu and Kashmiri Shortstory and Drama.
Dr. Haseeb Mughal in his speech congratulated JKAACL and Manoj Sheeri for organizing this purposeful function aiming to promote various languages. Dr. Haseeb insisted to promote local talent and to encourage to serve the mother tongue.
Prof Shafi Shouq in his presidential address appreciated Manoj Sheeri for his efforts to promote his mother tongue and various genres of Kashmiri literature.
Earlier, the function started with presentation of Kalam-i- Manoj Sheeri by noted artists including Shaziya Bashir and Eijaz Sahir. While Satesh Vimal presented a brief life sketch and literary contributions of Manoj Sheeri. Prominent poet, writers and eminent citizens were present on the occasion and hailed the efforts Manoj Sheeri. Proceedings of the function were conducted by Mohammad Amin Bhat and vote of thanks was presented by Mohammad Ashraf Tak, Chief Editor JKAACL.